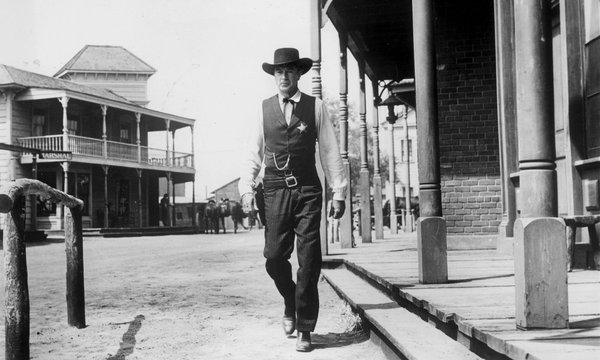 The short run-time of Fred Zinnemann’s uncommon western belies its surprising amount of substance and polish. Not a second is wasted on overzealous information or inconsequential subplots, and the events are paced near perfectly to coincide with the true 85-minute run-time of the film. The time is always ticking and looming over marshal Will Kane (Gary Cooper) as he tries to round up a small village to back him up against an old adversary, and with each failure, we gain insight into social perceptions, human behaviors, and group mentalities.

The film does not ride on the coattails of beautiful cinematography, nor does it rely on its soundtrack to convey emotion. There is only one memorable song in this film, and it is a song that gets played over and over again from beginning to end. The film is all about its characters, about examining undeterred courage and common cowardice, and perhaps in that the film serves as Kane’s greatest testimony. High Noon is understated and soft-spoken. It sticks to its guns and you’re not quite sure how it’ll turn out, but regardless of the outcome, it proves its worth and has its place in history.