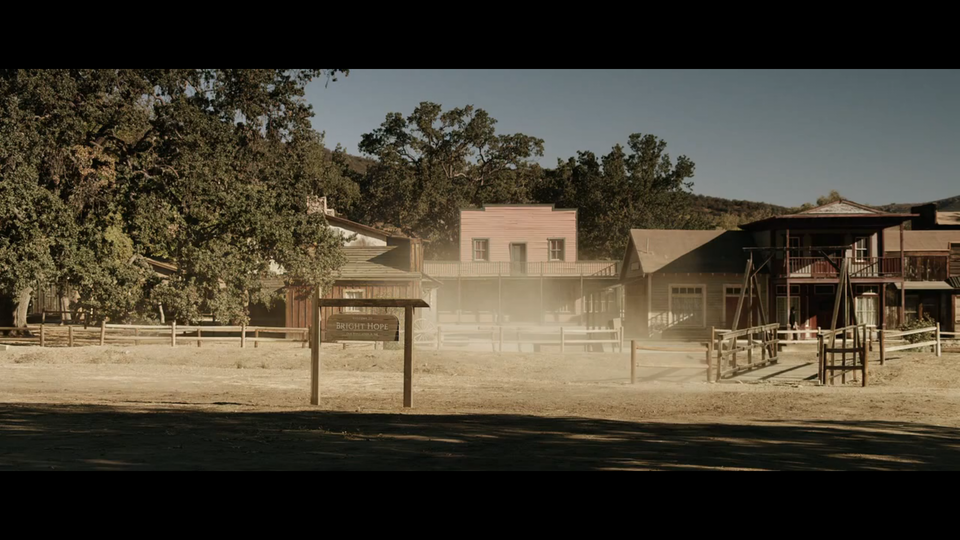 Bone Tomahawk is a quiet film, for the most part. It’s a classic-style Western that evolves into a B-movie horror, but it never feels as cheap or budgeted as it is. It’s a film with a defined cast of rugged protagonists, a refined script with a sharp wit and understated humor, a varied cinematographic repertoire that takes advantage of its landscape, and fantastic sound and production design. It’s a shame that Bone Tomahawk received such a limited release (exclusively in New York and Los Angeles) before going straight to video, as, despite its low budget and mixed B-movie horror elements, the quality production screams for a wide screen viewing to really appreciate the atmosphere of the film.

The main cast of Bone Tomahawk forms a traditional band of Western heroes in search of two abducted townspeople and a deviant. Arthur (Patrick Wilson) acts as the crippled and over-passionate cowboy of the pack, pushing forward at every cost to retrieve his abducted wife; Brooder (Matthew Fox) plays the highly-skilled and morally-ambiguous gentleman; and Chicory (Richard Jenkins) serves as the endearingly and infuriatingly idiotic backup deputy, whose vast well of obliviousness gives the film a squeeze of much-needed humor in an otherwise dark and unapologetically brutal landscape. The three characters are well acted and play off of each other perfectly under the leadership of sheriff Franklin Hunt (Kurt Russell), whose sly wit, quiet bravery, and authoritative demeanor propels the band on their quest and keeps them in line with one another. With Russell also playing a part in this season’s The Hateful Eight, it’s obvious that audiences are still not tired of the Western genre, and are certainly not tired of seeing Russell’s moustache in them.

A word commonly heard throughout the first hour or so of the film is the description of the hunting tribe as “savages.” In most films, this is a word meant to separate civilized society from wilder, more native tribes who, though more unkempt and brutish, are just as human as civilians. Though I won’t reveal much about the tribe that Hunt and his band of townspeople discover, they certainly live up to their description. They are unmistakably human, yet oddly alien in design, and their presence in the final act of the film turns Bone Tomahawk into something more akin to a gruesome B-movie horror, though it retains its quiet, western atmosphere.

The cinematography of the film is beautiful and varied enough to prevent the film from slogging during its slower sequences. There are some beautifully-framed shots using a static camera, mixed with an ample supply of handheld shots that make you feel like a member of the party, looking over the shoulders of those walking in front of you and directing your attention to things called out by others. The cinematographers also play with a mixture of different levels, ranges, and depths, digging the camera into rocks by actors’ feet and positioning characters to fill various lengths and depths within the frame. In one shot, a hobbling Arthur is shot in mid before the rest of the pack hollers from a distance at the top of a mountain. The camera looks over his shoulder as he does and shifts its depth of focus on the three small dots traveling downwards, and Arthur’s voice pierces through the audio track before he looks away and continues walking, with the camera similarly panning and shifting its focus back on him. The scenery and environment are spectacular, of course, but the real beauty of Bone Tomahawk is the camera’s movement, variety, and sense of perspective.

The sound and production design is similarly fantastic. There are only two or three short moments in which music is played in Bone Tomahawk, and the result is a film that rides on the crispness and sensitivity of its ambient sound – the crackling of footsteps, the crunching of bones, the ringing of tripwire, the ticking of a stopwatch, the ghastly howls of a wild tribe. Everything is perfectly mixed with a sense of depth and direction that places you right in the middle of the action.

In the end, Bone Tomahawk overcomes its tiny budget to deliver a fresh Western experience. Its excellent script and fleshed-out characters initially drew A-list actors Russell and Wilson to their roles despite low pay, and their commitments to the parts show in the final result. Writer and director S. Craig Zahler was not afraid to spend an inordinate amount of time building the film’s atmosphere and sense of perspective, and the result is a quiet Western that succeeds spectacularly in the traditional aspects while playing into a more brutal B-movie horror angle.